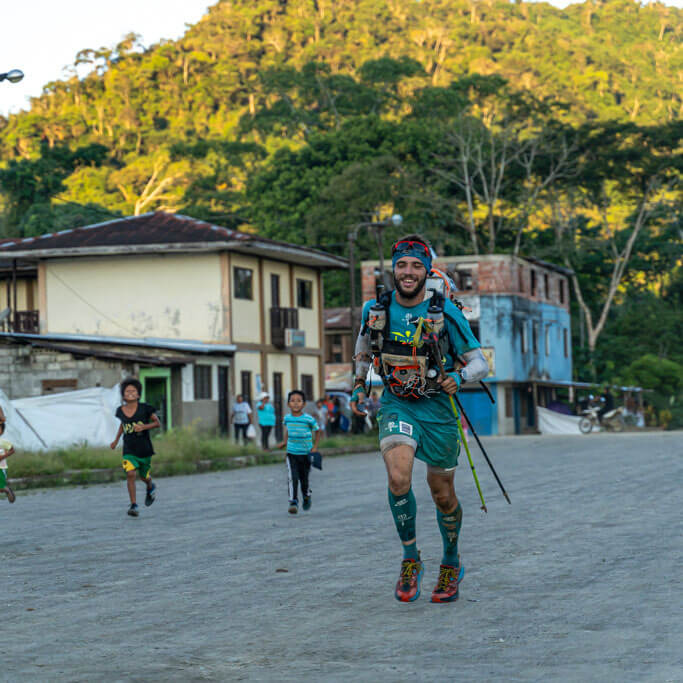 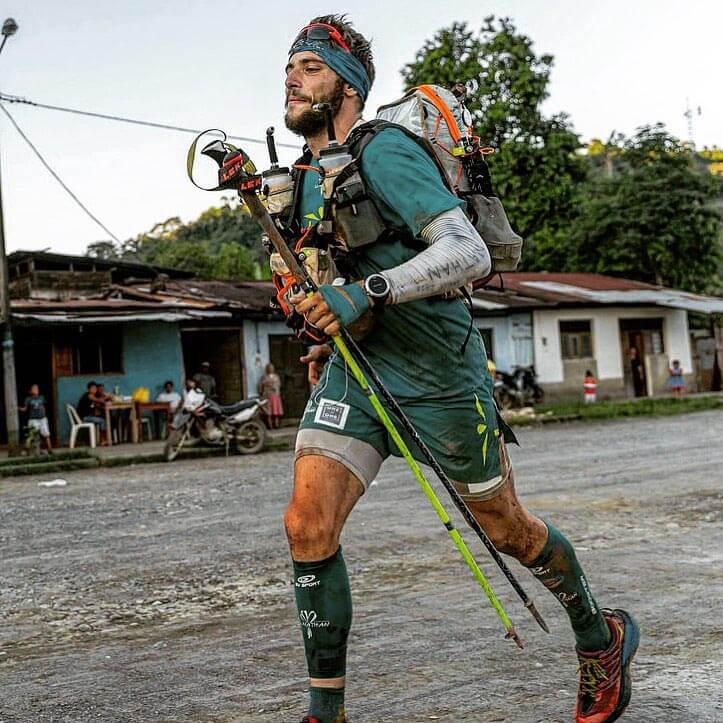 Maël Jouan is somebody who thrives on a challenge. The 24-year-old has tackled more than 70 ultra-trail events around the world and most recently completed the 230k Jungle Marathon in Peru. It isn’t a race for the faint-hearted. Here is his fearless story. 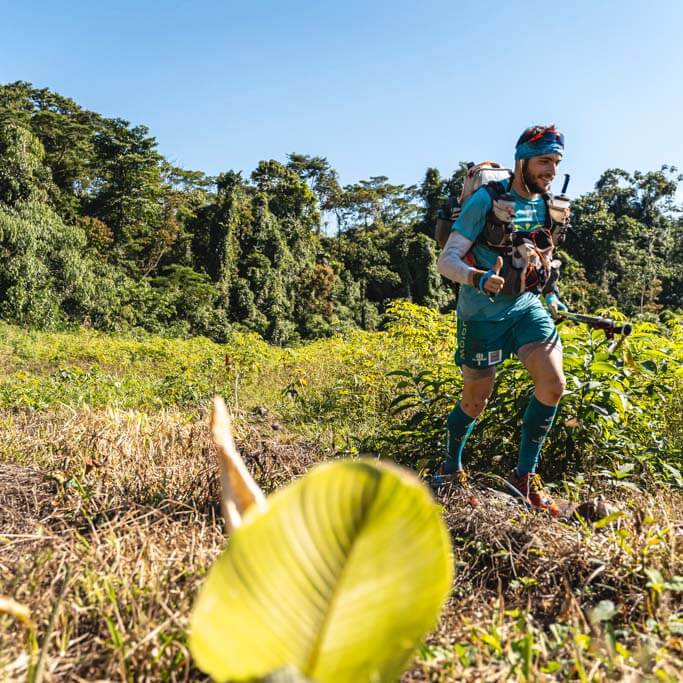 It all started with an early departure for the city of Cuzco in Peru. From my home in Paris to Sao Paulo in Brazil, Santiago in Chile and, finally, the city of Cuzco, where the Jungle Marathon would take place.

I arrived in Cuzco one week before the start of the race. For those who don’t know Cuzco too well, it’s a city located at 3,400m altitude. Great for training, though a little more difficult when you’ve had a couple of beers.

During the first week, I wasn’t able to experience Cuzco to the maximum. I didn’t sleep well, I had equipment missing and I couldn’t really acclimatise to the conditions. It was very hot during the day, but very cold in the evening. I was alone for my training and I just didn’t know what to do.

I decided to stop putting pressure on myself. I had built up this experience and wasn’t able to enjoy it for what it was. I decided to become the perfect tourist for just a few days.

Forty-eight hours before the departure for base camp, I met David. We ended up spending a lot of time together and became great friends as a result of our shared experience in the jungle. The great friends I made and the amazing people I met is one of my biggest takeaways from the whole experience. 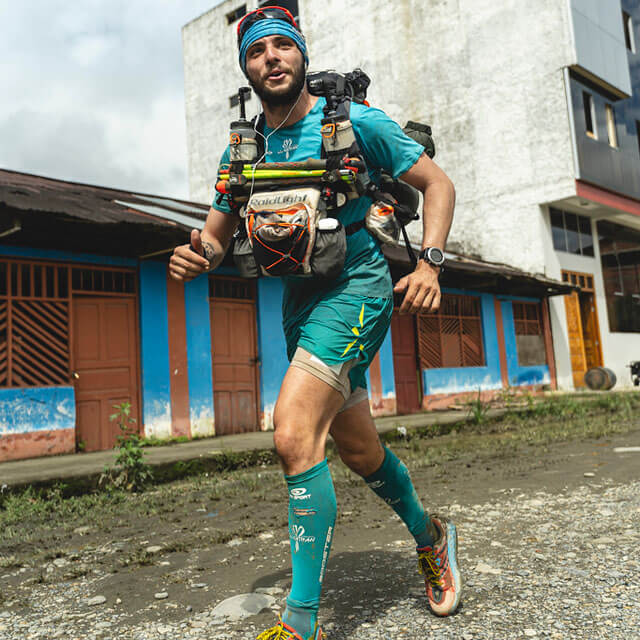 By the time I finally left the hotel at 4.30 in the morning on the day of the race, I was like a battery and couldn’t wait to get started. I had a lot of energy for this race – and a lot of doubters to prove wrong. Many people thought I wouldn’t make it to the end. I wanted to show them what I could do.

It felt like a relief to finally get going. I had no race plan, no strategy. It was the jungle. I didn’t know the environment. All I knew was that I had 230 kilometres ahead of me and an 11.5kg bag on my back. I preferred to trust my instincts. 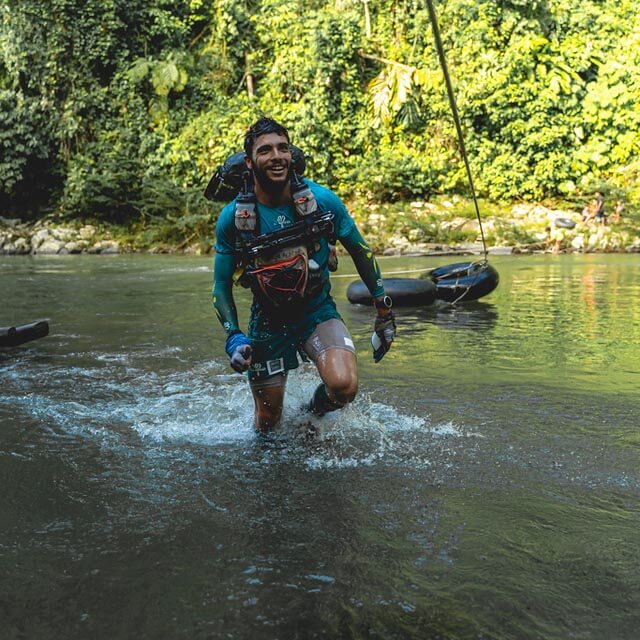 I kept telling myself that I shouldn’t worry about being behind the leaders early on, that the race was long. Besides, the terrain and environment was like another world. It was very different from my training routes in the mountains or on the beach.

I finished the first day with Hilary. We finished fourth and fifth, which I was delighted with considering the ankle injury I sustained early on. I strapped it up and tried to carry on as normal.

Day two started and very soon I was alone. The leaders were away and I had to start paying greater attention to the markings. All the riders who have shared kilometres with me will tell you that I wasn’t nearly as careful following the markings as I needed to be.

For some, this kind of race is crazy. For others, it’s huge. I knew I needed this kind of challenge, to get out of my comfort zone. I ended up running alongside John, a smiling, dynamic Irishman who became my teammate. We crossed the obstacles together, little by little. We shared our lives, our work, our interests with each other. The mountains are the perfect place for conversation. 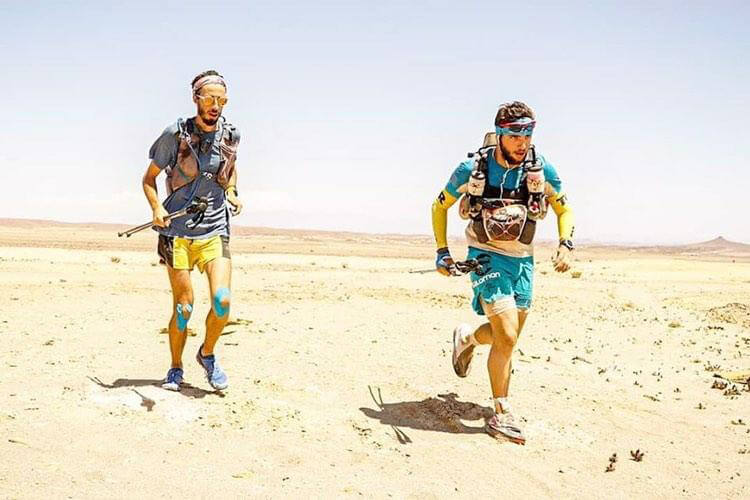 I met people from all over the world and had the opportunity, thanks to ultra-trail running, to share experiences I would never have had the chance to otherwise. There was Martin from Denmark, Frode from Norway. Misha, the Hungarian, who must have been a whole head taller than me, always smiling, always ready to help and always there to chat. It was one of my most beautiful encounters in the Jungle Marathon.

Despite the rain that poured throughout day three, I stood, sheltered, and appreciated the simple fact that I was there. I allowed my breathing to slow and admired the environment around me. I knew that I wouldn’t be able to live the moment twice.

There were complicated passages, mud that looked like quicksand and that went down the shin to the knee. The paste stuck to our legs, so much so it was sometimes difficult to get out of it. Solidarity is a special word in this kind of race. 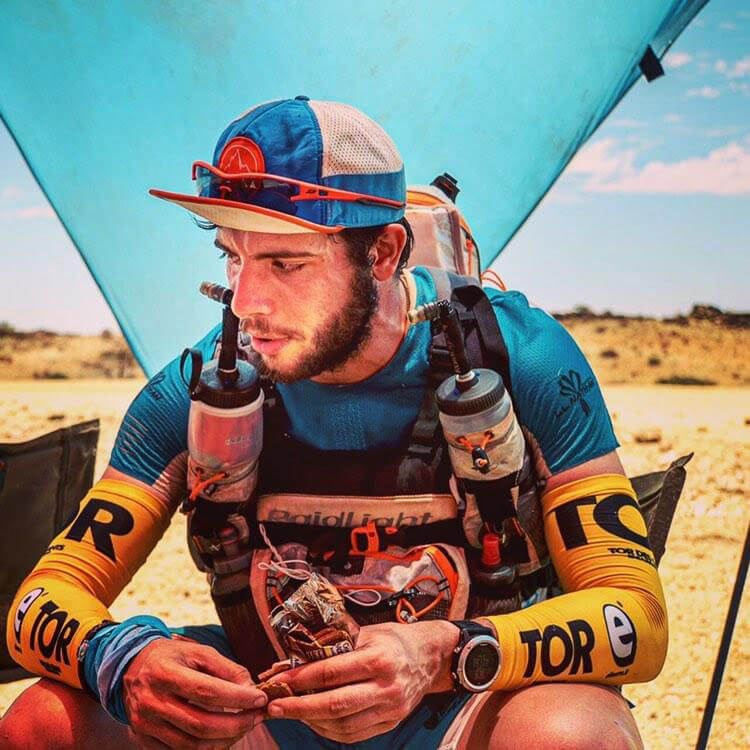 I never really saw the sky because of the vegetation above. Insects were everywhere. I ended up swallowing one that stung me in the mouth. It was perhaps a spider, maybe a fly. In moment, it didn’t much matter.

I took on spider’s web after spider’s web. I ended up taking a piece of bamboo to probe in front of me because the webs and spiders became unbearable. But on the stick, there were a lot of ants eating my hand. In short, it was a hell, as Christophe le Saux had told me, a ‘green hell’.

I wasn’t ready for my Jungle Marathon experience to end. I had spent four years preparing for the race, for that finish line moment. But by the time I reached the final stages, suddenly, I wasn’t ready for it all to end.

Despite the swollen feet, the sprained ankle, the spiders, the insect stings, the hunger, tiredness, tears and anguish, I wasn’t ready for the moment to be over. I was joined by kids on the final run in, some of them on bikes, some of them with football jerseys. I reached the bridge and all but two of the kids continue with me to the end.

My final thought as I entered the finish, passing the flags, the party, the announcer, the brass band, was that this moment was for my grandfather. Without him, I would never have accomplished what I did. I thought of my parents and my big sisters, who worried constantly during this race. The doubters no longer mattered. I did it. The jungle was over.