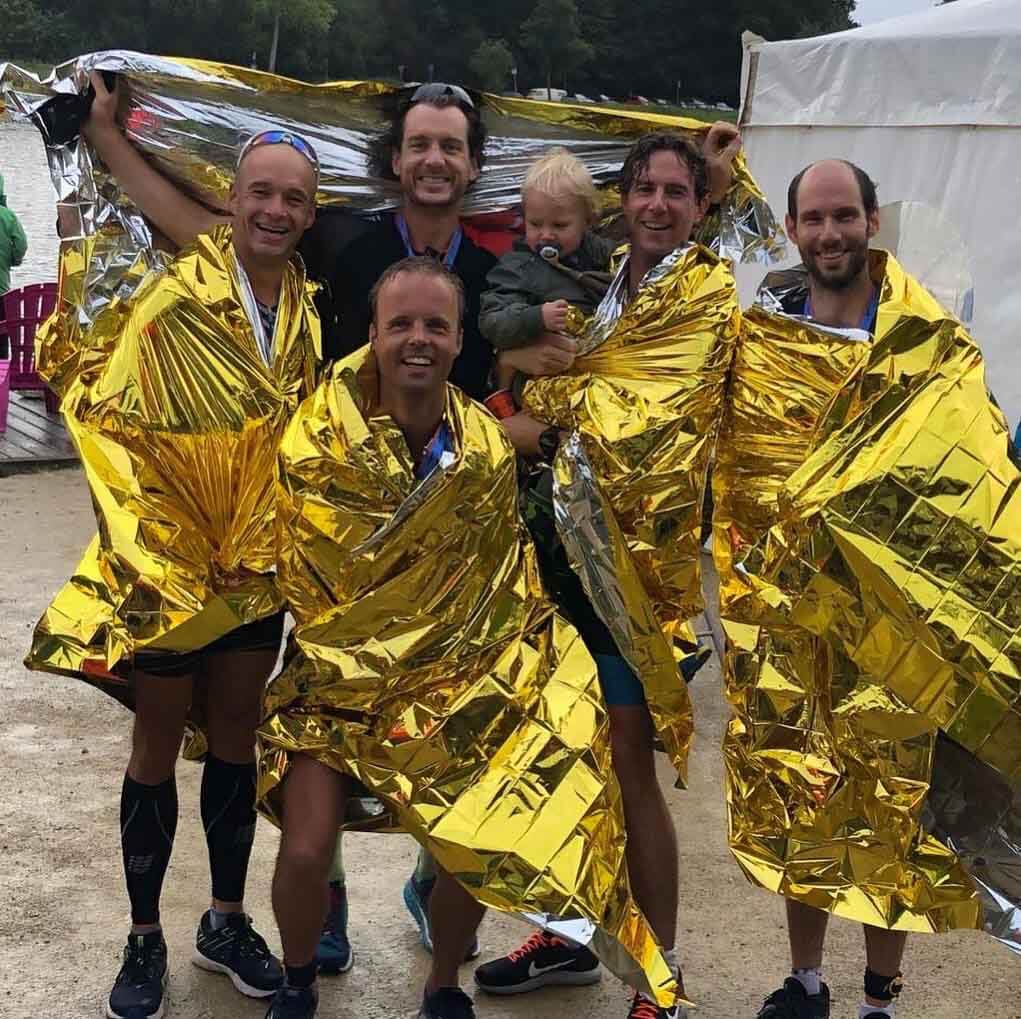 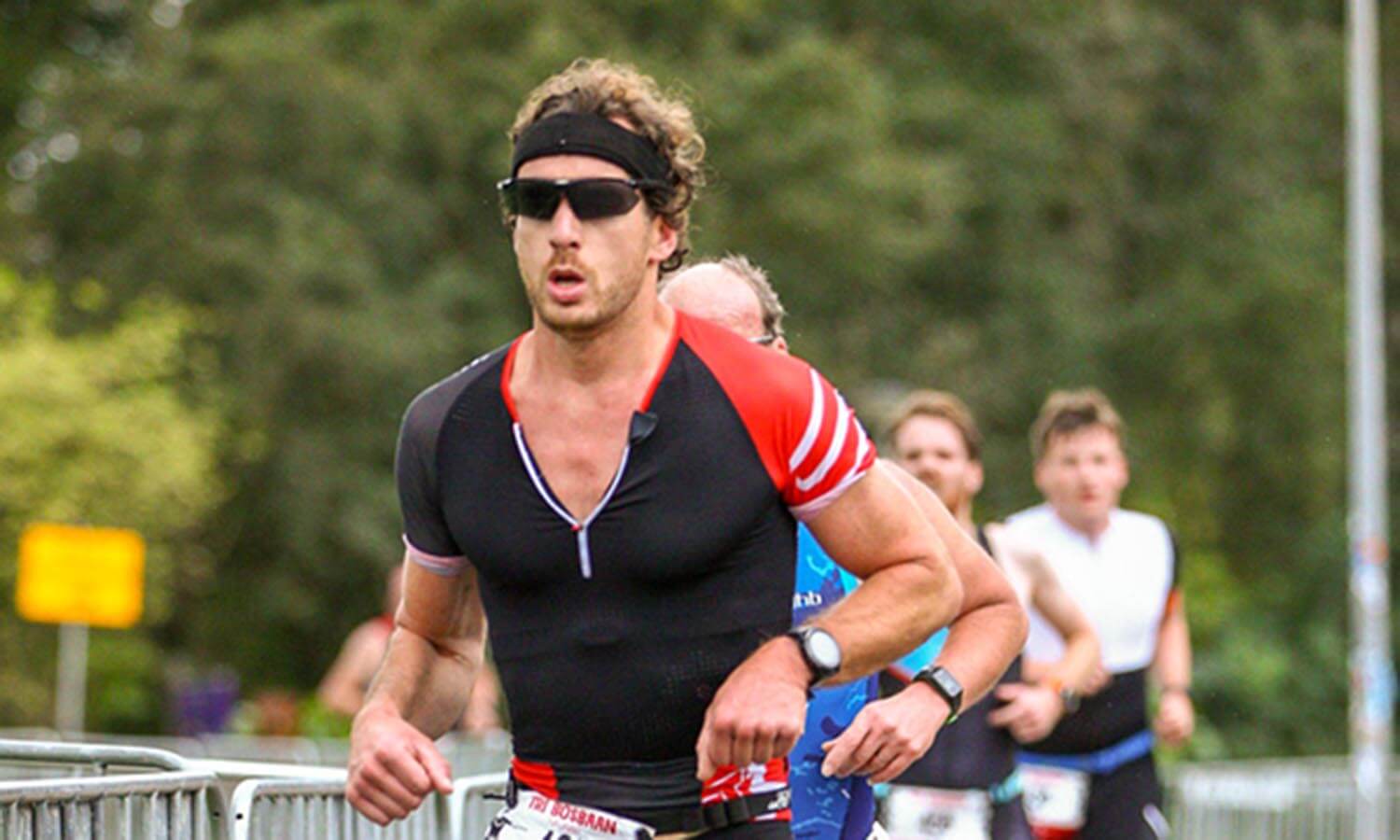 When life throws you the unexpected, you have to try and stay positive and meet the challenge head on. Frans van Zweden was training for his first triathlon when he received the news that he had cancer. Find out how Frans managed to beat cancer and became a triathlete with the unparalleled support of his family and friends.

It was autumn 2015 when my group of friends decided to start training for a triathlon. We had all cycled and run for years. Doing this in combination with swimming felt sort of ‘heroic’ and a sprint distance felt quite trainable. We registered for the first sprint distance available.

When spring arrived, we trained as triathletes. I started to feel stronger yet weaker at the same time. I broke my best times but I needed a lot of sleep during the day, felt constantly hungry, ate like a maniac and still lost weight. Something felt wrong, but I didn’t know where to look.

At one point, when I couldn’t look forwards on the TT bike because of neck pain, I went to see a doctor. He felt some sort of ‘coffee beans’ in my neck and redirected me to a specialist. Three weeks later, just a week before my first triathlon, the results were in. I had cancer. My first question?

“Can I still take part in my triathlon this Saturday?”

“Frans, do you know what I just said?”

“Yes, of course, but we’re gonna get that fixed. Can I join the race?”

Now we can smile about it, but what was I thinking? It was cancer, not the flu. But in my life, there are only solutions, no problems. Everything is fixable. It didn’t take long to see that this was serious and needed to be treated as so. My family and I were about to start a whole different race, and it was not a sprint distance. 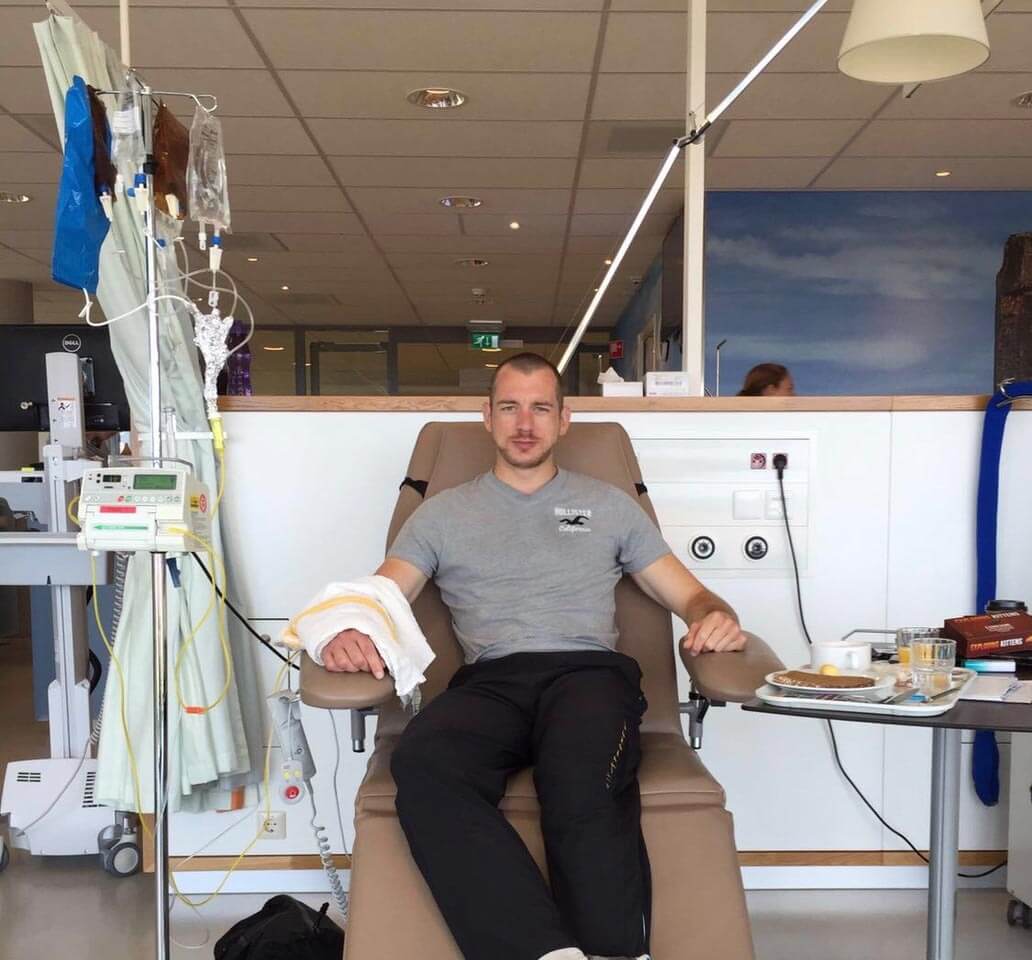 That Saturday, we raced. No one knew what was going on. I wanted to tell my buddies, but only after finishing. We had a great experience, it what such a blast, pure, without anybody else knowing what was going on. We needed more. But for me this was probably going to be my last race for a while. I dropped the bomb. We hugged, we cried and we became friends for life in an instant.

After some more tests, we found out I had Hodgkin Lymphoma, which had spread to my chest. There was a good chance of survival, if the chemotherapy did the job. The process would take approximately eight months to finish. How was I going to survive these treatments? How would I be able to take care of my family? How sick was I going to get? Was I able to run, bike, swim or even walk? I could at least try, right? 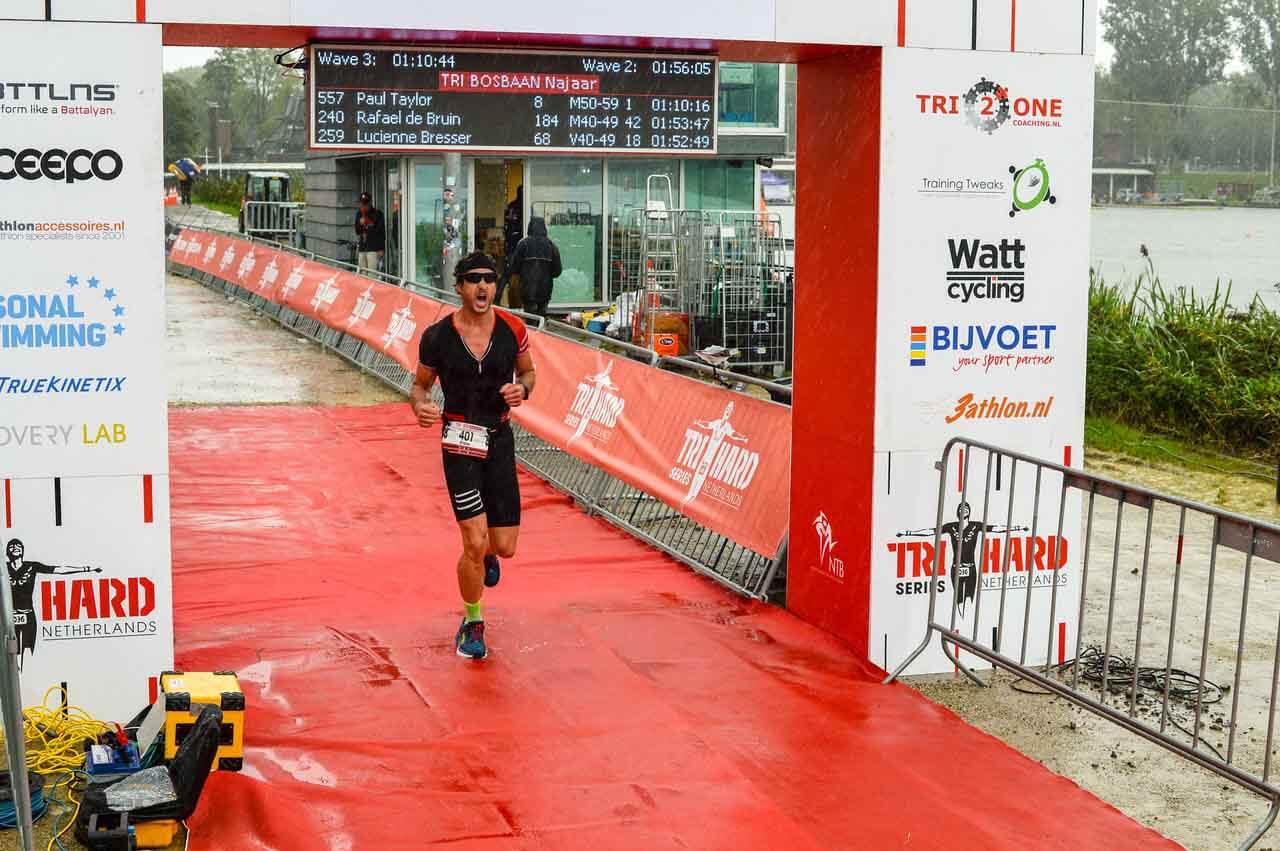 I bought new running shoes, the HOKA ones I saw professional triathletes run on and a beautiful new bike. I was going to swim, bike or run every day until the start of my chemotherapy. Every day my friends were there to get me out of the house and to train with me. This group became larger and larger. Triathlon made it easy for people to connect with me in this difficult time. Not the hard ‘one on one’ conversations, but just riding, running or swimming, enjoying the basic things in life.

Don’t get me wrong, it wasn’t always easy. There were days when I was really feeling sick or extremely tired from the chemotherapy. I took it day-by-day. My treatment sort of felt like very long interval training, broken down into bite-size pieces. Hard efforts but with just enough rest.

Eventually rest periods became shorter and intervals longer as I progressed in my chemotherapy. Finishing my challenge became hard. Friends kept coming but it became harder to get me in my shoes or on my bike. Going to the pool was already too much effort. Eight months later, I didn’t skip a day. My head felt strong but my body was not able to run and bike for more than 15 minutes.

In November 2016, my treatment came to an end and I had defeated cancer. I had achieved my biggest challenge in life so far. I made friends for life. I changed. I’m still living life for the moment, not knowing what lies ahead. But if you can be happy even if your life is at stake, happiness seems to hide in simple basic things.

In 2016, I did my first triathlon and survived cancer. Exactly one year later in the same event, I stood at the start again together with my friends. One year later, I ran my first marathon. Now, three years later, I still compete, finishing my first half-distance triathlon in five hours and knowing there is much more in the tank.

I surprise myself every day. Family and friends who supported me through the hard times are keepers, making me feel alive every single day, even when the earth is about to crumble.

Back to Blog
This site uses cookies to enable you to make purchases and to offer you the best possible experience. I Agree More info